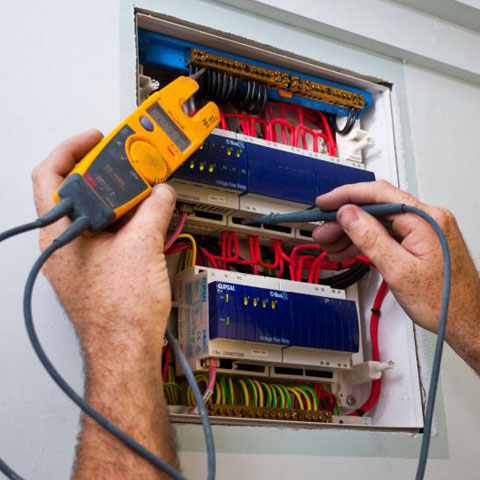 Why should the electrical switchboard (also known as a distribution board) in your house need upgrading? As with all technology, things change over time and in nearly all cases for the better. Consider, for example, the Building industry or the Automotive industry. Likewise in the Electrical field our products and processes have moved on.

The primary reason why change is implemented comes down to a safety aspect, however there are other reasons as well.

For example, even though an older type of rewireable fuse does the same function as a modern-type circuit breaker (shuts the power off in events of short circuit or overload), it will not do the job at the same speed: the faster the power is terminated, the less damage will be done. Additionally, the modern circuit breaker is easier to reset, with no possibility for incorrect fuse wire being used, and there is no requirement to keep fuse wire on hand.

Remember that, just like all those parts in your house which you can see, the parts in your switchboard are subject to wearing and breakage too. Over time, this wear can become a possible fire risk or shock hazard for the users.

Switchboards can also simply run out of space. (Think of your old computer harddrive – it was perfectly sufficient when you bought it, but now…) As more and more electrical outlets and appliances are added to a remodelled home, the sheer number of circuit breakers, not to mention main switches and RCDs, can strain the available physical space in the switchboard. Modern circuit breakers are smaller and line up efficiently along the mounting rail of today’s switchboards.

The good news is that when you upgrade to a modern flush-mounted switchboard, you lose that large unsightly box in your hallway or cupboard.
An old switchboard with porcelain fuse holders with no Residual Current Protection (RCD).
New type flush switchboard with Miniature Circuit Breakers (MCB) and note the additional RCDs.

We’ll come back to those RCDs in a later post… Stay tuned.